Legendary comedienne Joan Rivers passed away on the 4th September 2014 at the age of 81. She was reportedly taken off life support after a routine operation on her throat went wrong and caused her to stop breathing. She then went into cardiac arrest and was rushed to Mt. Sinai hospital in New York, where she spent her final days among family and friends.

Joan was a talented trailblazer who was one of the first women to break into mainstream comedy. She went on to become a extremely multi-faceted from doing stand-up to being a red carpet diva. An author of  12 best-selling books to promoting her own clothing and jewellery line on QVC. She also became co-host of The Fashion Police on the E! channel with her daughter Melissa Rivers.

Joan was extremely controversial in her delivery yet had a way of laughing at herself through her comedy. Whether you loved her or hated her are a few things everyone ought to know about Joan Rivers – RIP.

Joan Rivers Was Not Her Given Name: Born Joan Alexandra Molinsky 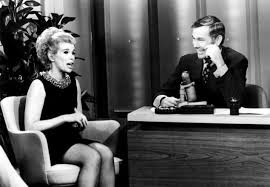 Guess Who Was Responsible for Giving Joan Her Big Break? She received her first big moment in the spotlight by being a guest host on Johnny Carson’s “Tonight Show”

She Was An Open Book, No Topic Was Off-Limits Even Plastic Surgery. Joan began her plastic surgery early at the age of 31! 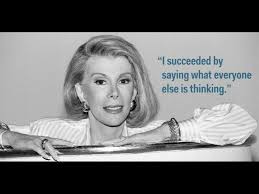 She Had a Big Social Circle. We all know Joan Rivers was a people person, not afraid to engage with anyone or speak her mind, no matter how controversial the topic and the potential backlash. You have got to love her courageousness!

She Was a Huge Animal Lover.

Most of the dogs she added to her family were all rescues.

She was a collector of china. She told everyone if you were a guest in her home, you’d never eat off the same pattern twice! I would love to see that collection. 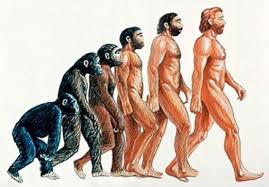 Some may be surprised to know Joan’s alternative career path. Joan stated in a 2011 interview, that if she weren’t in show business, she would be an anthropologist. Polar opposite to her lively show biz career!

You may not know that Mrs. Rivers was married several times, and one courtship is quite shocking. She married a British TV producer, Edgar Rosenberg — after only four-day courtship. Sadly, he committed suicide in 1984.

Although very close as mother and daughter as well as co-hosts, Joan became estranged from Melissa after the suicide of Rosenburg. His passing caused a rift between the pair and they didn’t speak for almost a year. When Joan passed she and Melissa – her only child – had been working together side by side for many years.

Despite her growing success, Joan suffered mood swings and would get very low. After the death of her husband Edgar Rosenburg, she went into depression and also contemplated suicide. She then developed bulimia.

Before becoming the “Fashion Police”  Joan had a real career in fashion. She created her own collections for QVC for over 25 years and made over $1 billion in sales.

Earlier this year Joan got pied on the face by Miss Piggy from The Muppets! The two developed “beef” whilst working together on QVC and during a pre-oscars birthday bash, Joan was seen angrily leaving the event covered in cake.

Nobody could escape her caustic tongue! Joan was known for having many celebrity feuds from singer Rhianna to actress Gwyneth Paltrow. Earlier this year she upset the Kardashian clan but having a dig at Kimye’s sprog, baby North West. Joan said, “That baby is ugly…. I’ve never seen a six-month-old so desperately in need of a waxing!” OUCH. 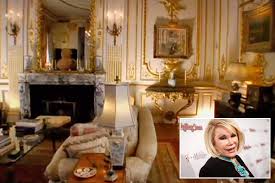 She left a legacy of over $150 million. This includes a$35 million NYC apartment, that she left to her only child, Melissa Rivers and her $40 million per year, QVC fortune.

Aside from the sharp tongue Joan was a great philanthropist with a real heart. She supported 13 charities and 16 great causes in her life. She also raised money for charity by appearing in several tv shows, including The Apprentice USA. She gave a formidable performance by raising over half a million dollars.

It’s only fitting to end this post by watching Joan Rivers at her best. Here’s a clip from “Live at The Apollo” filmed right here in the UK. ENJOY, it really is LOL comedy.